By clicking “Accept all cookies”, you agree to the storing of cookies on your device to enhance site navigation, analyze site usage, and assist in our marketing efforts. View our Privacy Policy for more information.
Change preferencesAccept all cookiesX
Blog
>
Our Stories

This is the story of how the idea of EyeVi sprouted and how we got to where we are now.

EyeVi Technologies is an AI-powered geospatial data production company that improves the way the world’s infrastructure is managed and maintained. We provide fully automated data processing to digitalize road asset items and road defects – a method that is exponentially more efficient and cost-effective than using on-site visual inspections. This is the story of how a seed of inspiration sprouted into a fledgling partnership and grew into the forward-thinking, international company it is today.

Two heads are better than one

The seed was planted in 2007 when Priit Anton from Regio (a core of which spun off in 2016 to establish Reach-U) invited Sven Veskioja to participate in a project on measuring peat heaps. Sven joined the project and started his position at Regio. This was when he met Gaspar Anton, the future founder and CEO of EyeVi Technologies. Sven and Gaspar were in lockstep as they developed their first innovations – first, they started using GPS in peat heap measurements, then began marking navigational data, such as the location of road asset items, on a digital map.

At the time, this kind of digital adaptation was considered revolutionary. The measuring techniques for peat heaps and the road inventory methods were not properly developed or widely adopted.

Back then, the sizes of peat heaps were calculated manually with a measuring tape. Instead of measuring each one, only a few were used in a survey to assume the size of them all. And so, these measurements were just rough estimates of the actual peat volume. With this novel approach, peat heaps were measured with the utmost precision GPS can offer, and the time it took for measuring was much shorter.

While marking navigational data on a digital map did not make the mapping process quicker per se (since the roads still had to be driven through and at quite a low speed) it saved time afterward when the data was processed. This small but innovative change in how things were done was also a prerequisite for an idea of EyeVi’s solution to be born.

What could be the solution to all this tedious work?

In the following years, several important projects happened that led to the development of the first prototype of EyeVi’s solution. In 2010 Regio provided Google with the local workforce and project management for their Street View project in the Baltics. For Sven and Gaspar, this was an opportunity to gain valuable experience in the street photographing techniques and managing a project of that magnitude. This time, instead of driving the car, Sven led the project from Regio’s side in Estonia, where he coordinated the work of 15 vehicles.

While running the Street View project, Regio also won the first tender for road inventory from the Transportation Administration in 2011. This project was influential in developing the method on how to inventory roads because Sven and Gaspar saw firsthand how road inventory was done. Sven drove the car, and Gaspar marked the defects on the road and manually calculated the distances, and recorded other parameters.

In 2013 Sven and Gaspar started thinking that when you have the photographs, you can extract different data from them. Why not connect photos of roads with road maps? This way, the defects can be marked on a digital map, and there is no need for fieldwork. And just like that, EyeVi was born in the form of an idea.

How about automating the inventory processes?

In the same year, Sven and Gaspar started to make their idea happen. The first prototype was built with the help of Riivo Kolka, a software developer. With this prototype, they used GoPro cameras to gather photographs of roads in Tallinn, the capital city of Estonia, and Harku parish, a municipality near Tallinn. There were, of course, different obstacles they had to overcome. For instance, they used four cameras that tended to go out of sync, and thus the data needed a constant stream of corrections. Nevertheless, the victorious feeling, when they did get the data right, was just exhilarating and kept them going. In 2014 they managed to replace the GoPro cameras with LadyBug3 – this was the right choice since the panoramic view was now recorded only by one camera, and all the syncing problems were now part of history.

While our guys were busy developing and improving the prototypes, the Google Street View project in the Baltics ended. With no more updates being available, the need for updated road photographs arose. This created a new demand in the Estonian market – a perfect gap waiting to be filled by EyeVi.

In 2016 Regio changed its name to Reach-U. The same year, the company also won a tender in collaboration with Teede Tehnokeskus to inventory Estonian national roads. Now our guys were in a hurry. Winning the tender meant that everything had to be done at the same time: 1) develop a proper methodology, 2) gather the photographs, 3) develop an application where to put the photographs, and 4) develop functionality for digitalization of the photographs and road defects, the so-called Superscript. Although there was an enormous amount of work to be done, against all odds, they managed to do it all. The project was done, and the first version of the software was born.

In 2018 Reach-U won the tender to inventory all local roads of Estonia. This gave our guys the opportunity to test the software and the method on a large scale – the total mileage was 27,000 km.

Let’s spin it off!

In 2019 began the collaboration between TalTech’s AI researchers and EyeVi to further automate digital geospatial data processing. With the partial funding of Archimedes, through the smart specialization fund, a project for developing an AI-powered solution was started. This was also the year when preparations for EyeVi’s spinoff from Reach-U began. Long story short, in 2020, EyeVi was registered as a separate company!

The collaboration between TalTech and EyeVi ended in March 2021, but the people who were included during this and other projects remained with EyeVi. Thus, EyeVi had then and continues to have the best minds at work in bringing the digital transformation into the geospatial domain. 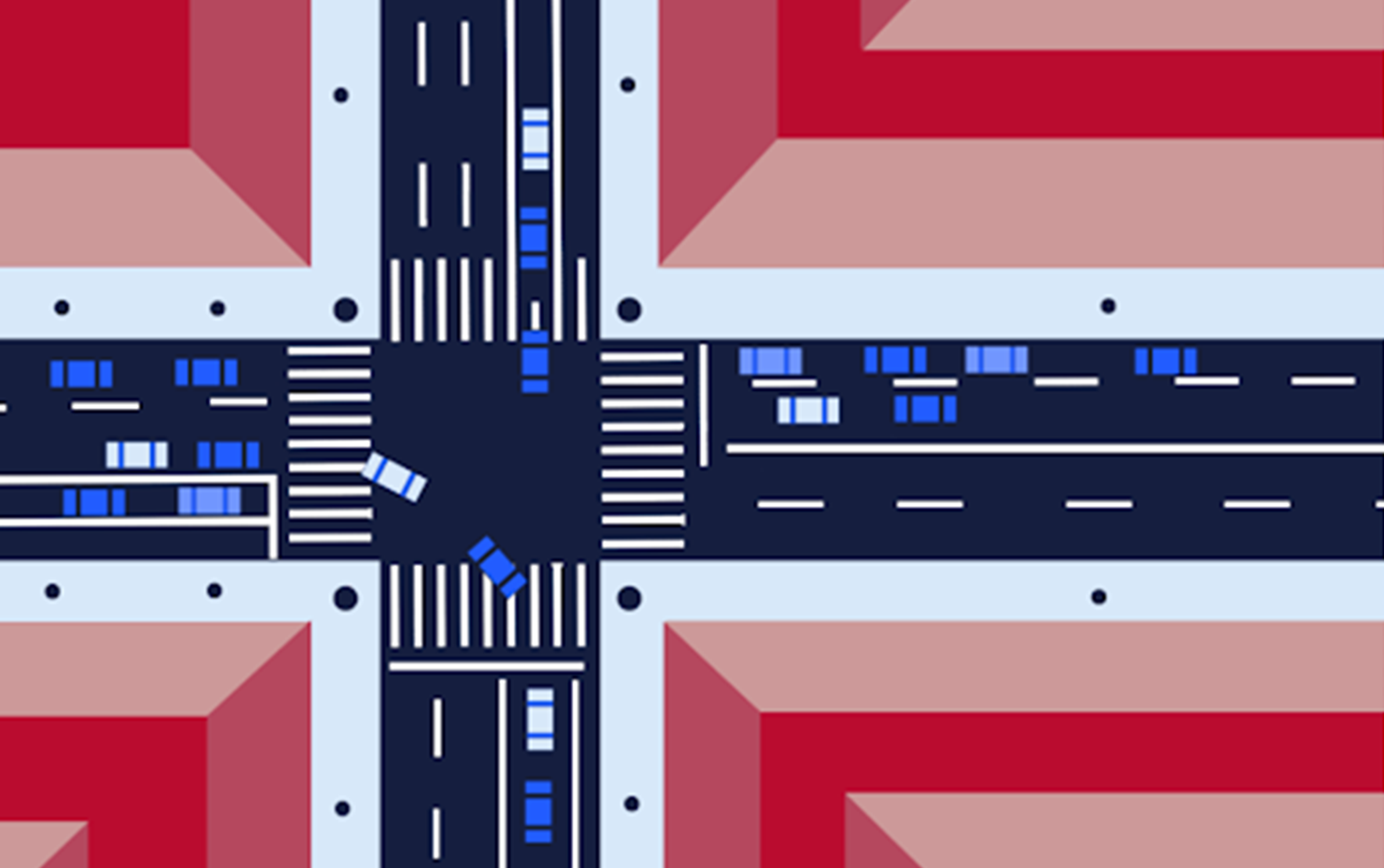 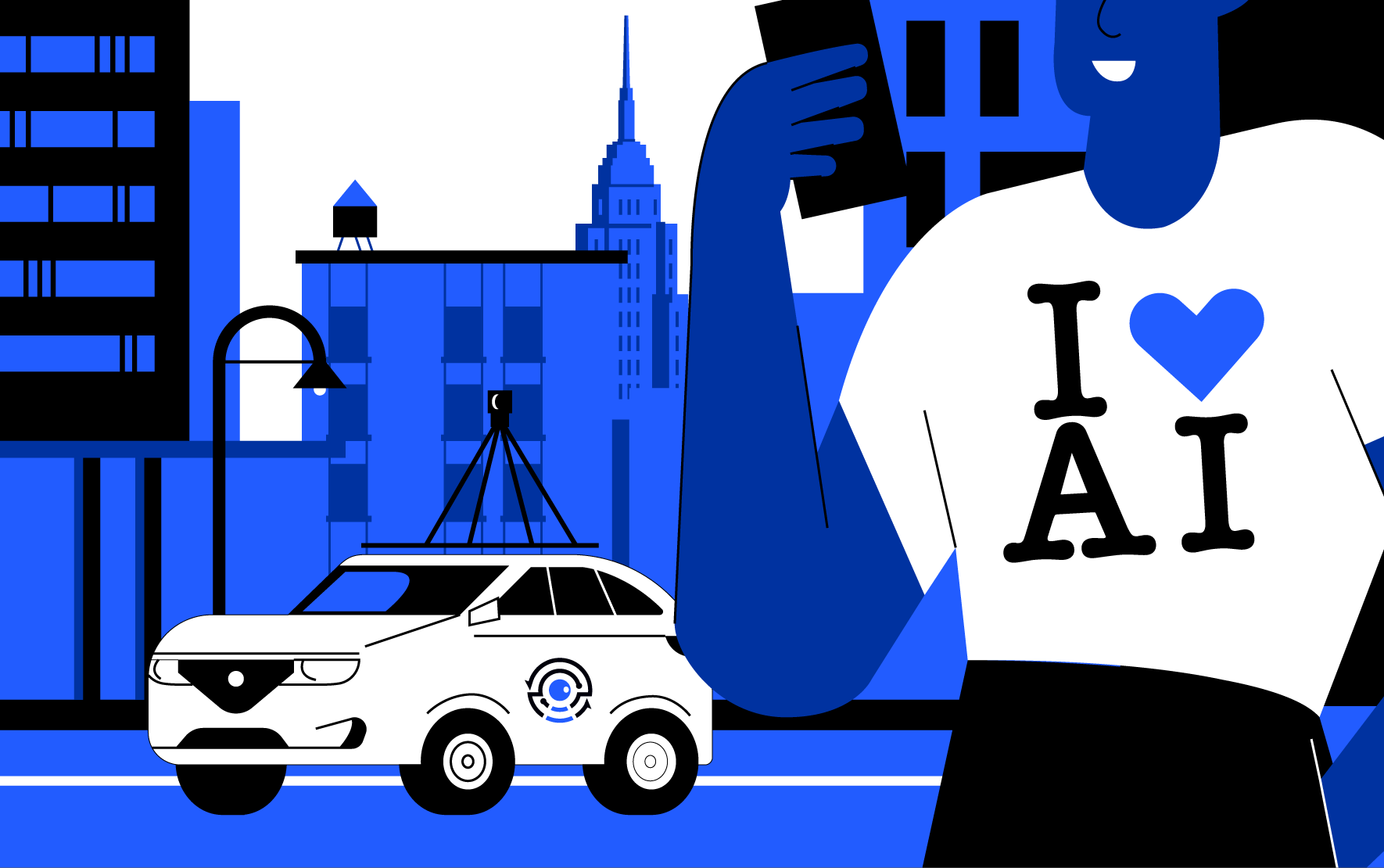 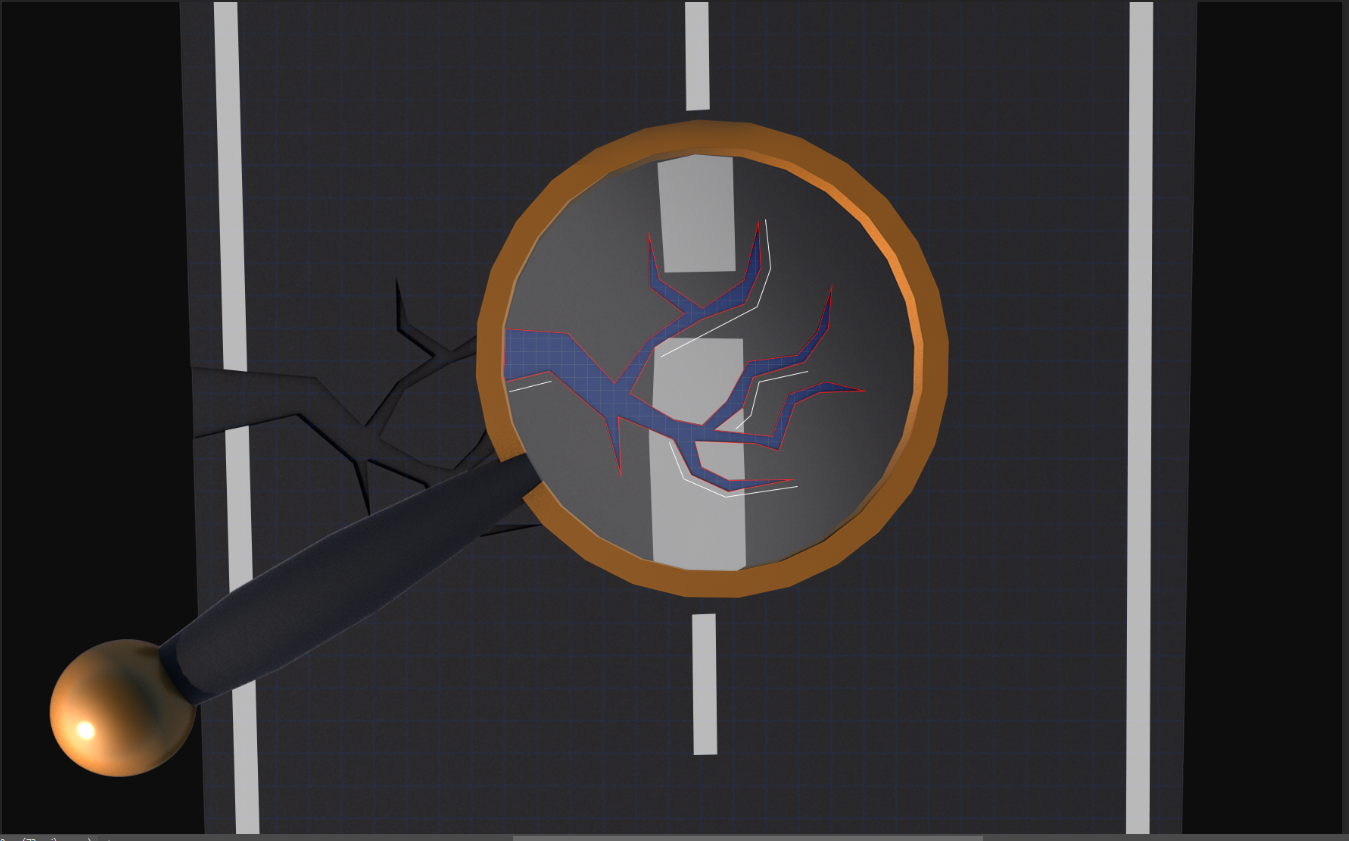 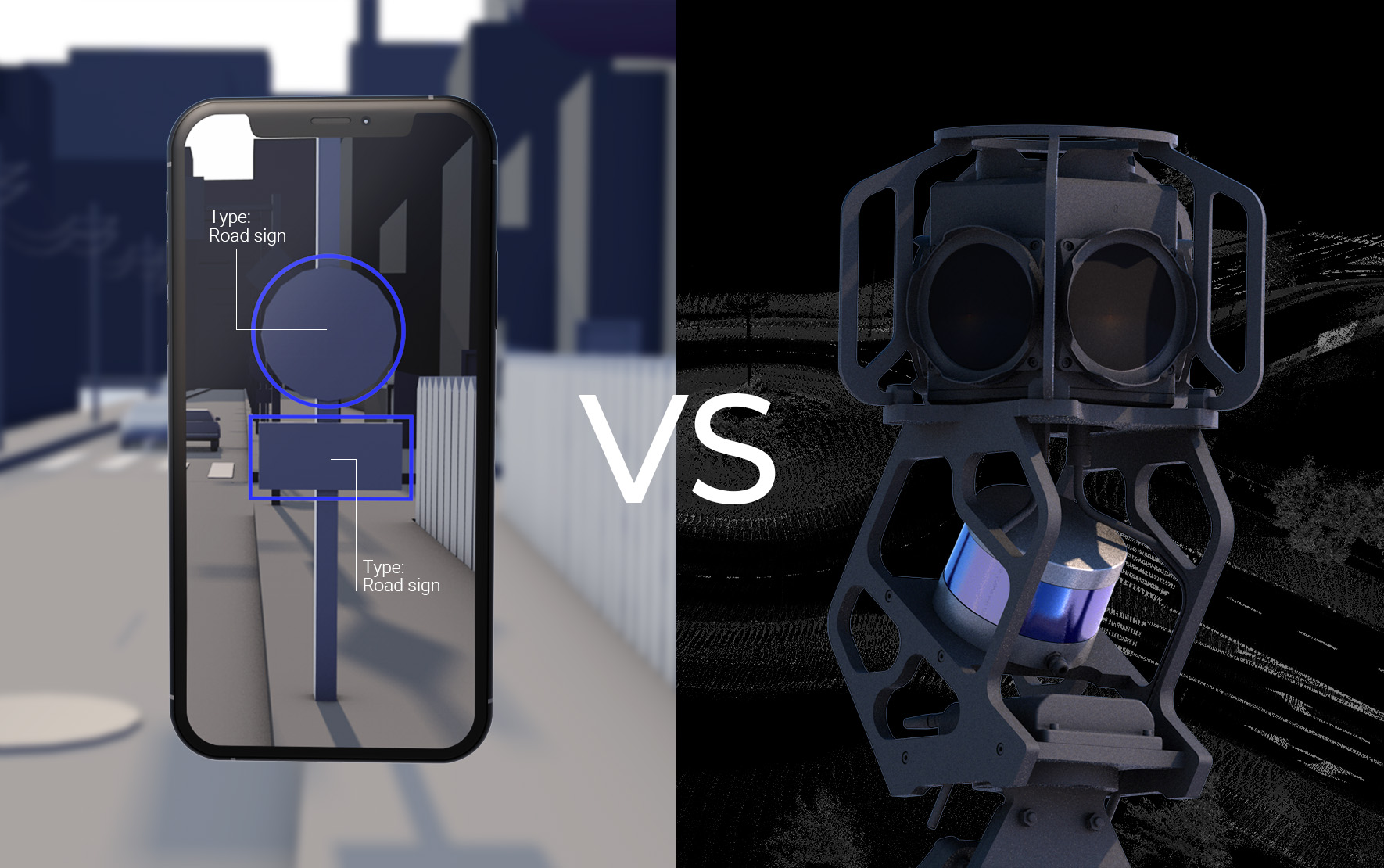